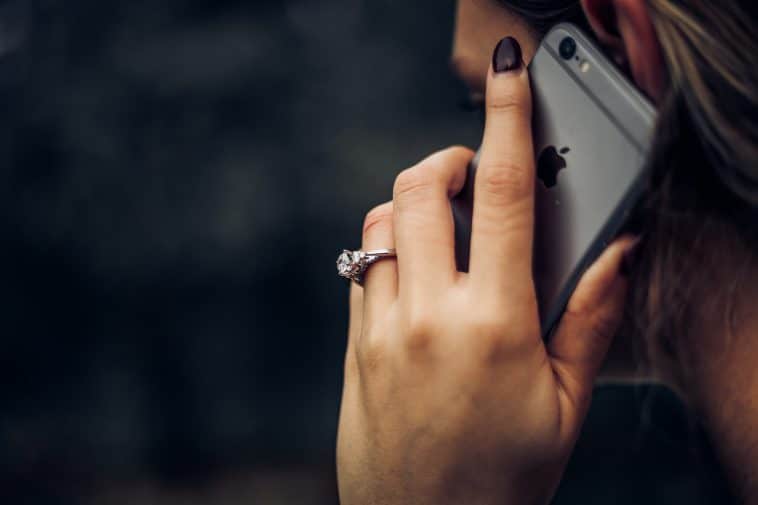 As we have discussed in our phone etiquette guide, speaking on the phone in Japan involves a lot of aspects and special protocols that are different from many other countries or unique to Japan. Making a call in Japanese may be difficult even to native speakers. It is not unusual that a company would send its employees to courses where they can learn how to conduct phone calls in a proper and polite way.

In this guide, we provide phrases in the following order: hieroglyphic writing, hiragana alphabetic writing, Hepburn romanization, translation. For example,

If you are receiving a call, you need to let the caller know that you are listening. You can simply say “Hai” as an equivalent of “Yes, I am listening”. A more business-like and polite way to answer the phone would be to add the following sentence:

This is one of the phrases in the Japanese language that is very difficult to translate, but it can be loosely interpreted as “Thank you for always taking care of us” or “We appreciate your continuous support”.

If you are answering on behalf of the company at the reception, you can state your company name in the end by adding:

In case you are the one making a call and initiating a conversation, start by saying the reciprocal greetings and then introduce yourself as soon as the person on the other end has finished saying the introductory phrases.

It means: “I also appreciate your support. My name is (your name) from (company).”

Please avoid using such conversational greeting as “moshi moshi” in a business setting. Even though it is derived from a very formal and polite phrase “moushimasu, moushimasu” meaning “I am humbled to talk to you”, in a contemporary Japanese language it is reserved mainly for friends and family members. Using colloquial shortenings in a business conversation may sound too casual or derogative to your partner or client. Thus, it is recommended to use full phrases or their synonyms.

If the above-mentioned conversation went well, most probably you will never have to ask or answer this question. Note that in Japan asking “Who is it?” is considered to be way too straightforward and even rude. The cultural norm prescribes to introduce oneself at the beginning of a conversation. When someone has to ask such questions the situation becomes somewhat awkward, suggesting that one of the speakers broke the protocol, and it is recommended to ask such questions as polite as one can. For example:

I am very sorry for being rude by asking, but could you please name yourself?

Asking to Talk to Someone

As soon as you have exchanged greetings you can move to the discussion of your business. If you would like to talk to a certain person in the company, you can say:

This is a very polite way to ask if a certain person is present at the workplace. Another way to do so is to ask to connect you that somebody. In such case you can say:

If the person in question is present, you will be redirected to them. You might need to go through the introduction part again with every new person you are talking to. However, if the person is absent, one of the most common things you will hear is:

I am terribly sorry, but (person) is not here at the moment.

You can now explain was the call is about to the receptionist or the secretary. However, if you would prefer to talk to the person in question privately, you can inform the receptionist that you will call again later:

If you feel that it is appropriate to ask the other party to call you back, you can do so by saying:

It means: “Could you please ask them to call me?”

Remember, however, that it is common that the one in the lower status does most of the communication work and is expected to call again. With some exceptions, usually, it would not be appropriate to ask someone who is in a higher position or your client to call you back when it is something that you need to discuss and it is your interest to talk to a certain person.

Perceiving the information might be more difficult over the phone because of different noises and sound distortions. If you feel like you have missed a piece of important information, ask a person to repeat what they have just said:

In case you cannot keep up with the conversation speed, you can ask your speaking partner to slow down a little bit by saying:

Pausing or Switching a Conversation

When you want a person to wait for a second while you are redirecting a call or pausing a conversation to check something, it is polite to inform the listener that they need to wait by asking them to wait for a little bit.

As soon as you get back to the conversation, it is appropriate to apologize for making someone wait even if it was as little as 3 seconds. The standard way to say would be:

I am sorry for making you wait.

Ending the conversation in Japanese is arguably the easiest part since there is only one way to it. That is why unlike all the situations above, you do not need to learn many different phrases. All you need to say before putting the speaker is:

The direct translation would be: “Please excuse my rudeness”. This phrase is used to mark the end of the conversation. Quite often both speakers repeat the phrase several times before actually cutting the conversation off since no one wants to be the first to step off the dialogue showing in such a way respect to the speaking partner.

A phone conversation might be stressful even to the native speakers. One needs to remember a lot of different polite phrases and follow strict protocols. However, any phone conversation has the same parts: introduction, exchange of the messages, and ending. By knowing a couple of standard phrases for each phase you can easily go through the whole conversation.

Remember that there are many ways to say the same thing in Japanese. Yet, in the phone conversation, it is recommended to stick to highly polite expressions that might differ from those used in a daily conversation.

Phrases for a Phone Call FAQ

I have dialed the wrong number. What do I do?

If you have mistakingly called the wrong number, do not drop the call. It is polite to apologize for disturbance and only then end the conversation. You can say:

I am sorry, I have misdialed.

Why does my speaking partner keeps on saying "yes, yes" all the time?

Unazuchi (nodding) is a phenomenon of a Japanese-style communication that stipulates showing your engagement in the conversation by constantly reacting to what the other person has said.  People keep on repeating “sou-sou”, “hee”, “aah” and other exclamations to show that they are listening closely to the conversation.

It may be very unusual to cultures that use the silence to show respectful listening. Remember, that the person is not talking over you and not interrupting but rather supporting the dialogue. It is quite the opposite: as soon as unazuchi has stopped speaker has probably lost listener’s attention.

Chyotto is a handy word that is regularly used in a conversation. It means “a little bit”, same to sukoshi  or shoushou.

Note, however, that when used alone, and especially when followed by a long pause, it can mean a polite refusal. If you ask whether it is possible that your partner/client do something, they may say something like:

Or simply: “Chotto…“. It is an indirect way to turn down the question and say “no”. It is not about how difficult something is but rather about the improbability of that thing happening. It might be a good idea to draw back and consider returning to the topic later, going around it, or omitting it.

Thus, mind the context in which you have heard the word.

How do I ask for someone's phone number?

You can say this:

Please, tell me your telephone number.

I need to call a person I have met only once a long time ago. How do I act?

In Japan, name-cards with contact details are being carefully collected and stored, so it is highly possible that one day you will need to contact a person you have only met once and/or a long time ago.

In such case, after introducing yourself explain where and when you have obtained this person’s information. For example, “We have met during the charity dinner at a hotel in Osaka last autumn”. Omitting this detail makes you sound suspicious and potentially puts you on a meiwaku callers list.