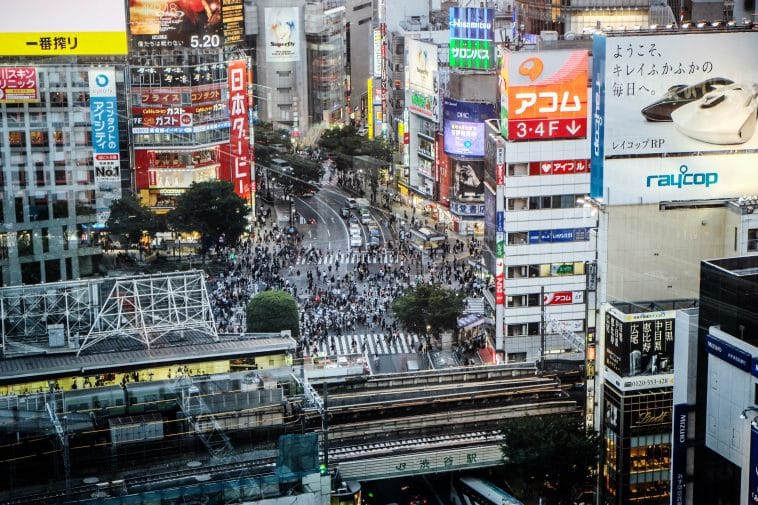 Japan’s trademark system has a lot in common with trademark-related practices in other countries. It aims to define what the trademark is and how can any given trademark, patent, utility model, or industrial design be legally protected from infringements. In this introductory guide, we take a closer look at why it is important to register your trademark, patent, utility model, or industrial design in Japan and what features one needs to pay attention to.

This is the first and probably one of the most important things to know about the trademarks in Japan. In accordance with the Trademark Law of Japan both the citizens of Japan and foreign residents are equal before this law and none of them will get a preferential treatment. Thus,  everybody has the same right, obligations and are subject to the same protection from the Japan Patent Office. In such a way Japan hopes to encourage foreign direct investment in Japan’s industries.

Why is trademark registration in Japan important?

It is important that the registration of your trademark is legally recognized in Japan in order to get the protection of Japanese authorities in cases of infringement. During the registration process the Paten Organisation will examine the aspects of the trademark mentioned below. Once these aspects are recognized by the authorities your trademark is under the protection of numerous Japanese laws.

The use of a trademark

Unlike in some other countries, the use of the trademark does not automatically mean that the trademark is protected by the law as someone’s property or as a result of someone’s intellectual and creative work. In practice, it means that even if you have developed a logo and attached it to your products but did not register it, anyone else can use your trademark and there is almost nothing one can do to retrieve the trademark or claim one’s rights along with the intellectual property. If you do not register your trademark, you robbing yourself off legal protection against trademark theft or infringement.

There a very few exceptions to this rule, which are discussed in our trademark legislation guide.

The degree of similarity between trademarks is very important in Japan. But to sum up, such minor differences as a slight variation in a color tone or a different spelling with a one letter difference are not enough to claim the uniqueness of the trademark. For example, you cannot register a trademark “Abidas” since it is easily confused with the leading sportswear company name, etc.

The rules for defining the trademark uniqueness are discussed in the following sections of this guide.

In accordance with the trademark registration laws in Japan, the applications process follows the “first come, first served” rule. In other words, even if you original trademark was not used by any other brand in its original design, some other business can still use your trademark as an inspiration for their own. If such an altered design based on your original has been registered before you registered yours, technically you are second in the line.

If the Japan Patent Office rules out that two trademarks are to close to each other leading to confusion among the customers, the second-in-line application can be rejected due to the lack of uniqueness as was explained above.

There are several ways to define a trademark and categorize the existing trademarks. Initially, trademarks used to be purely visual. The majority of trademark today are still following this tradition and brands quite often choose to have a logo (a sign, a symbol, a pictogram, a picture, etc.). However, the development of technologies and advertising methods widened the possibilities of trademark creation.

Moreover, a trademark can be associated with a single company, person, product or service as well as with their groups. Thus, the definition of the trademark became somewhat blurred. Some of the ways to classify trademark are shown below.

This system refers to visual logotypes and divides trademarks into groups based on the type of the visual elements it contains. Under Japanese Trademark Law, trademarks are categorized as follows:

A “New-type trademark” was previously not in the scope of trademark protections because they differ from the standard practices. However, nowadays almost anything that a human can perceive through the five senses and use this information to identify the brand can become a trademark. In 2015, these types of trademarks came under legal protection because the number of companies using new-type devices grew fast and they all were attempting to apply for registration.

It is now possible to register the following items:

Protection of trademarks about retailers, etc.

Under the 2006 revision of the Trademark Law, “Retail services, etc.” are now accepted as designated services in order to protect the names of retail and wholesale stores as well as mail-order businesses, including online stores.

Collective Trademark Registration is a system that was included in the 1996 revision of the law. It allows the registration of trademarks by business associations or groups to allow all group members to use the trademarks. The goal is to protect the unique brands and names of the associations to rejuvenate regional economies as well as specific industries.

The Regional Collective Trademark system was introduced in 2005 by legal amendment “to protect and strengthen regional brands.” This allows the registration of marks consisting of a regional and generic name for a product or service per meeting certain requirements.

The uniqueness criteria depend on the type of trademark the company is using. The rule of a thumb is that regardless of the trademark type it should be easily recognizable among other trademarks of a similar nature for people with average attention characteristics. It refers to all aspects of human perception and information processing. But most often one can talk about the uniqueness of trademarks’ sound (pronunciation), appearance, and meaning.

This refers to the trademarked sounds as well as the pronunciation of any words or characters used. To avoid confusion in language translations, it is preferred that trademarks in Japan have Japanese kana characters showing how to pronounce trademarks consisting of words in foreign languages other than English.

This refers to the meaning inferred from the trademark, such as imagery conjured by text or sound. In situations with foreign languages, it is possible that trademarks will not readily call a certain image to mind if the person who sees or hears the trademark does not understand its original language. For example “Swan Lake” written in German or Spanish may not prompt the image of the white swan if a consumer does not speak German or Spanish. In these circumstances, it may be better to obtain separate trademark protection that includes a Japanese translation of the original foreign-language phrase.

Trademarks with characters that Japanese people are unable to recognize as written characters or letters are treated as trademarks consisting of devices. For example, the titles written in a different writing system, say Korean Hangul or Indian Devanagari, sometimes may not be identified as an actual language or writing by people who see this script for the first time in their life.

In such a situation, consumers may see an “abracadabra” and the owner will not reap any benefits that a trademark consisting of written characters may have. One solution to this problem is to apply for a separate trademark registration including a Japanese translation or Japanese characters indicating how to pronounce the foreign language phrase.

Nowadays a wide variety of devices can be trademarked to appeal to multiple human senses in order to make sure that consumers can easily recognize a certain business, product, or services among competitors. For example static and moving visual elements, sounds, colors, etc.

Whichever option you may prefer it is important that your trademark is properly registered and will be legally recognized by the Japanese authorities to guarantee the protection of your trademark from forgery, infringement, theft and many other illegal actions that can undermine the reputation of your business.

Remember that both Japanese nationals and foreign residents are equal before the Law in Japan and none of them can get a preferential treatment regardless of the situation.

The full list with explanations about the application of specific laws can be found in our Trademark Legislation Guide.

Can I use a combination of features to make a trademark?

Yes, you can. Your trademark can appeal to one or multiple senses. You can combine motion and sound for example. During the registration process all aspects of your trademark will be described in details to include all of its aspects.

How do I know if my idea for a trademark is unique and new?

The Japan Patent Office archives all the registered trademarks in the Industrial Property Digital Library. Once you have an idea of what your trademark could be, your preliminary idea can be compared to existing ones. Thus, you will know if your design is original enough not to be rejected during the application process itself.

When does a trademark fall under the legislative protection from infringement?

Your trademark is protected from the moment it has been officially registered with the authorities. In Japan, it is not enough to use (apply) the trademark to activate its protection. This is an important difference between Japan and many other countries when it comes to the protection of the trademarks and intellectual property.

What does the "use" of trademark mean?

Usually, the use of a trademark means that the trademark was applied in one way or another to advertise the business or raise brand awareness. One can place a trademark on a product, its package, use it in a printed advertisement or on an internet page.

How often do I have to use the trademark?

Once in 3 years is enough to keep the trademark in registers. More details on the validity of trademarks and its dependence on the frequency of use can be found in our trademark registration guide.