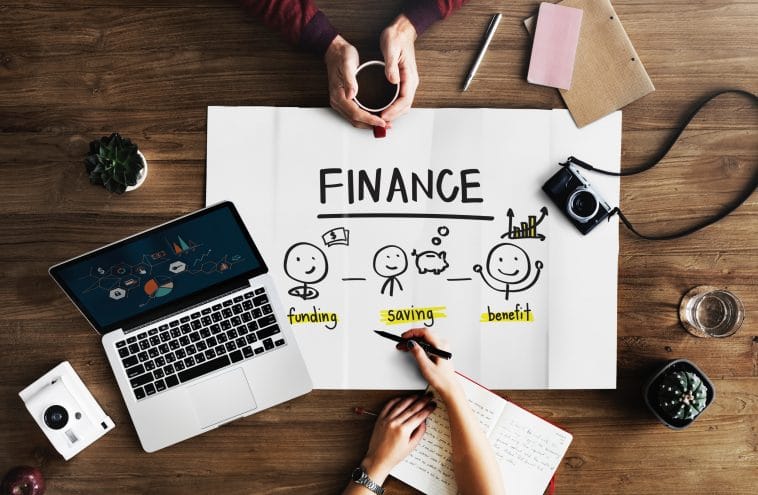 We have put together a comprehensive guide to individual income tax in Japan. This article specifically covers the individual tax concerns of foreign nationals working in the country. As a general rule, everyone who engages in gainful employment in Japan are required to submit their income tax returns every year.

The information on this page is not definite and therefore, subject to change depending on new legislation that may be introduced by the government of Japan. It is also important to note that this information applies to taxation concerns in Japan. If you are domiciled in another country other than Japan, you need to refer to that country’s taxation guidelines.

Guidelines on Individual Taxes in Japan

While you engage in gainful employment in Japan, your domicile for tax purposes is in the country. Once you leave Japan and relinquish your residence status, you may still be subject to certain tax procedures. In this case, you need to appoint a tax agent in the country who will act as your representative.

Your tax agent can be an individual or a corporation that specifically provides this service. To appoint a tax agent, you must accomplish the “Declaration Naming a Person to Administer the Taxpayer’s Tax Affairs for Income Tax and Consumption Tax” and submit the document to the district director of your local tax office.

The due date for residents filing their tax returns for the year that they are to leave Japan is as follows:

It is important to note that the tax office where you are required to file and pay your taxes is not based on your tax agent’s address. It is based on your place for tax payment.

Foreign nationals who have been resident in Japan for at least 6 months and are enrolled in the National Pension System may apply for Lump-Sum Withdrawal Payments after leaving the country.

Lump-sum withdrawal payments are subject to a withholding tax of 20.42% which includes the Special Income Tax for Reconstruction. This amount is deducted from the payment you will be receiving.

The income tax on lump-sum withdrawal payments may be refunded if you file a tax return as per Article 171 of the Income Tax Law. To do this, you need to file the tax return at the district director of the tax office in your place of tax payment through a nominated tax agent. You need to submit a “Notice of the Lump-sum Withdrawal Payment (Entitlement).”

Income Tax of a Non-Resident in Japan

What is a non-resident?

A non-resident in Japan, for tax purposes, is one who has resided in Japan for less than one year and is not domicile in the country.

The scope of a non-resident’s income that is subject to tax (both income and special income tax for reconstruction) is limited to domestic income – that is, the income that was generated in the country as per the provisions of the Income Tax Act.

Tax conventions between Japan and other countries

It would help to find out if your home country has a tax treaty with Japan to avoid double taxation. Nationals of certain countries with tax treaties with Japan may claim benefits such as tax exemption or deductions. You need to submit the “Application Form for Income Tax Convention” if this applies to you.

Japanese residents are required to pay income tax in Japan for income that is generated outside and inside the country, resulting in double taxation as the income will also be subject to tax in the country from where it is derived. Foreign tax credit addresses this issue by allowing residents to credit a certain amount of the tax levied on the income.

Non-residents also have an obligation to pay income taxes in Japan for income that is sourced from this country. This could be subject to double taxation depending on the foreign tax laws of his home country. As such, a non-resident can credit a part of his foreign income tax against his Japanese income tax for that particular year.

Visit the Japan National Tax Agency website or information on what types of income is subject to foreign tax credit.

You need to prepay your income tax if your estimated income tax based on your tax bill of the previous year as of May 15 of this year is at least ¥150,000. To come up with your base amount of estimated income tax prepayment, you need to calculate your total income using your previous years’ income (as of May 15 of the year) as a basis. Any income subject to separate taxation will be excluded from the total. The amount after deductions and other credit, as well as any withholding tax levied on the income will be your base amount.

The income tax will be paid in 3 installments. The first one is to be paid in July, the next is in November and the third will be on filing the final tax return for the year.

If your estimated tax prepayment exceeds the actual annual income tax calculated for that year, you may claim a refund by filing the final tax return. You have up to 5 years to request for a refund starting from January 1 of the following year.

To do this, you can start at the National Tax Agency website by going to the Filing assistance on the NTA website section. You can use the site to calculate your taxes and prepare forms for income and consumption tax. You may also submit this data to the Tax Office through e-Tax. Alternatively, you may print the information and mail it directly to the office.

The blue return system is applicable for individuals who have business income, real estate income and timber income. It is a self-assessment system where taxpayers can correctly calculate their income tax by declaring their amount of income for the year. To be able to use this system, you need to have an organized record of all transactions – income and expense – for the year along with documentation to support your tax returns.

Taxpayers need to calculate all income they earned from January 1 to December 31 of the year and adjusts through the final tax return any excess or deficiency if they made an estimated tax prepayment.

You are required to file a final tax return if your total income is more than the total amount deducted from your income and if the tax amount is more than the sum of the credit received from dividends, loans and the like.

The following are not required to file a final tax return:

For reference, the calculation for employment income for 2017 can be found here.

Do note that assets with less than one year of usable period or those that cost less than 100,000 will be fully accounted for in the year of acquisition as necessary expense.

Proceeds from rental of real estate are subject to income tax. If a non-resident owns the rental property, the income is subject to a tax rate of 20.42% and will be withheld. Taxes paid by individuals who rent the land and house for personal use will not be withheld.

Non-residents must file a final tax return to the District Director of the Tax Office in their place for tax payment, at which point the withholding tax will be settled. They are required to do this through a tax representative or tax agent. The tax agent should be somebody who is a resident in Japan and can be a relative or a professional that specializes in providing such service.

The following can be considered necessary expenses when computing real estate, business and miscellaneous income:

The same documents must be attached to the final tax return unless they are presented at the time of withholding tax at the source.

“Documents Concerning Relatives” refer to documents that state that the non-resident dependent is related to the taxpayer. These include a supplementary family register and a document issued by the country where the relative resides which states his name, address or residence and date of birth.

Meanwhile, “Documents Concerning Remittances” are documents for the year that states the taxpayer supported the relative’s living or educational expense. These may include documents from a financial institution that the taxpayer made remittances to the dependent’s account and credit card statements that show financial support.

Pursuant to Article 57-3, paragraph 1 of the Income Tax Act – also known as the Conversion of Transactions of a Foreign Currency Denominated Basis) converting foreign currency into Japan yen is to be based on the middle rate of telegraphic transfer buying (TTB) and selling (TTS) on the day the transaction was made.

Most employees do not have to file a final tax return because computation and payment of income taxes are usually done through the employer. Exemptions to this rule include:

Returns for Refund for Those on Working-Holiday Visa

Under the Income Tax Act, individuals who have stayed in Japan for less than a year on a working-holiday visa are considered non-residents. Their salary in Japan is subject to an income tax of 20.42% as well as to a special income tax for reconstruction that will be subtracted from their wages. As there will be no final tax return, a refund of tax deducted from a non-resident’s salary is not possible.

Before departing Japan, you need to declare your income through one of the following forms:

Japan sets a number of taxes on individual income. As an employee of a Japan-based company or office, you may never have to deal with any of those as they are automatically deducted from your salary. In other cases, you might need to take care of your taxes on your own or appoint a tax agent.

Most of the taxes are calculated yearly and the estimates are based on tax calculations as of May 15th of the previous year. However, remember, that the fiscal year in Japan starts on April 1st and ends on March 31th, while income tax is calculated based on a calendar year. You have an option to pay your taxes within this period while you are in Japan or after your departure by appointing a tax agent that can handle your payment within the year after your departure.

Can I extend my tax payments?

No, in Japan there is no such practice, All the taxes must be paid in due time, otherwise, you will have to pay fines for not meeting the deadlines. If the situation with delayed payments or non-payments persists person may be subject to imprisonment.

I am confused about what county I am paying taxes to.

Ultimately, you pay taxes to the country that pays you the salary even if you work in Japan, if your country has a bilateral agreement about payment of taxes. If there is no such agreement, you probably have to pay taxes to both countries. Make sure to clarify your working conditions and tax payment requirements.

What are the main laws regulating individual income tax payments?

What are taxation periods in Japan?

While a fiscal year in Japan starts on April 1st, the calculations of the income taxes are based on a calendar year starting January 1st.

Can I appoint a representative after I have left Japan?

Yes, you can. You will probably have to share certain information with your representative and that may require some additional procedures, e.g. mailing documents.

Guidelines on Individual Taxes in Japan