One of the most well-known and most successful game designers, who created such legendary titles as Super Mario and Donkey Kong, has recently stated that he doesn’t like where the gaming industry is moving today.

Most of the gaming industry has adopted the “free to play” game model, where the games are monetized through in-game purchases. While this has completely flipped the gaming industry upside down, there are more and more voices that are concerned with this model of monetization.

One of those voices is Nintendo’s Shigeru Miyamoto, the legendary designer whose games are iconic. He believes that the gaming industry should turn to subscription fees and fixed costs, as he believes that these methods are more genuine with the consumers and that they create a more respectable approach towards them.

Miyamoto feels the industry is going the wrong way

While even Nintendo has been trying out the free-to-play model, experimenting, and achieving solid results with it, Miyamoto feels that this method with microtransactions and similar approaches is not right, neither for the industry nor for the players. His view is that the players are getting nickel-and-dimed and that this is going to have a negative impact on the industry in the future.

He stated that he personally and the Nintendo co. alongside him are looking to find different ways to approach monetization, despite the fact that the free-to-play model has grown into a gaming sector worth $140 billion. Even though most of the developers and studios are praising microtransactions for granting them new opportunities to earn extra money, the Japanese designer doesn’t feel the same way.

With the legendary Super Mario and many other titles in his name, Miyamoto has a lot of experience and success in the industry. Many are surprised by his claims that the current philosophy is the wrong one and that things need to be changed as soon as possible.

The free-to-play model has grown into a gaming sector worth $140 billion.

What is the free-to-play model 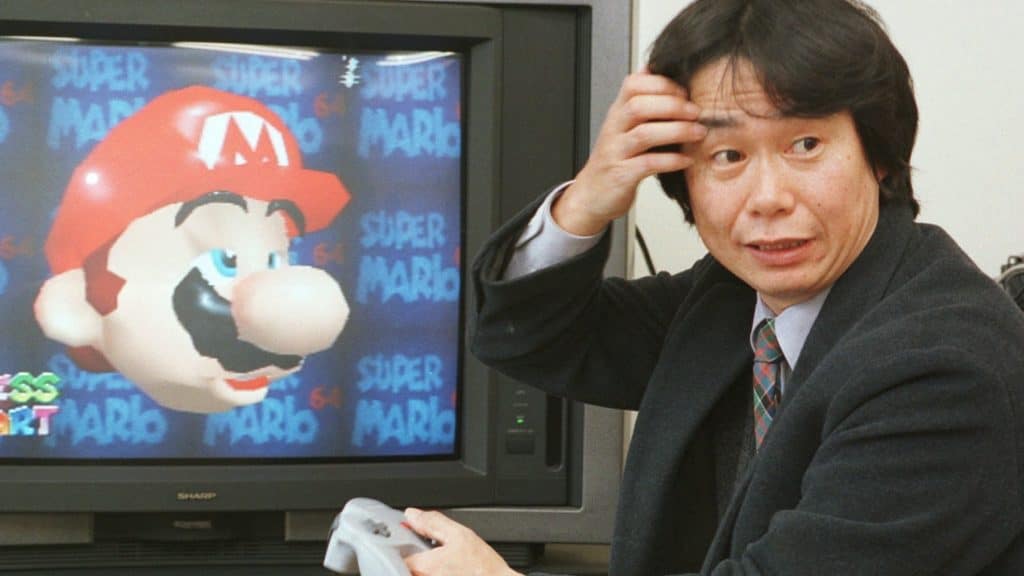 The free-to-play model is designed to offer games to payers for free and have them pay for additional in-game content. Some games are completely free-to-play and a player doesn’t have to pay for anything within the game. Today the completely free games can be found on mobile devices and they can be designed this way because they are monetized through ads.

Simply put, the more players play the game, the more ads are shown and the higher the price at which the developers are able to sell them to advertisers. On the other hand, most of the games that are adopting this model today have in-game purchases, where players can get a cosmetic feature in the form of clothing, decorative items, skins, upgrades etc.

This method of monetization has been successful because it lets players play the game for free and doesn’t obligate them to pay for anything unless they want to. In other words, when players start loving a game very much it’s expected that they will purchase something to support the game while getting cosmetic features within the game in return.

Microtransactions are going too far

Even though many games have become successful through microtransactions and were able to generate a lot of revenue by selling items, this model seems to be evolving further and turning into something that is ruining the gaming experience. In the past, the cosmetic features that could be purchased in a game could also be obtained by playing.

Hardcore gamers would agree that this is the only right way to get something in a game, with your skill and knowledge. However, most of the industry and consumers accepted this model and got along with it. Still, the model evolved even further and today there are cosmetics that can only be obtained with money. This means that gamers who don’t want to pay cannot get access to every aspect of the game.

To make matters even worse, some games are “pay to win”. meaning that players can buy more than just cosmetics. They can obtain items, power-ups, and other kinds of advantages that help them progress faster in a game. Players who pay can simply get an immediate upper hand over other players who haven’t paid for anything.

Due to these monetization practices, Star Wars Battlefront 2 almost went under and there are many examples of games that failed because of this as well.

Miyamoto has said that this a completely wrong approach towards consumers and that it turns them into something else, not gamers.

He feels that the gaming industry should be honest with their players and not try to scam them into supporting their releases through these limitations and schemes. Miyamoto has called on game developers to try and create high-quality games and sell them for a fair price to as many gamers as they can.

Some might argue that this is a completely crazy idea but this only shows the current state of the industry. He also added that the model of fixed prices for games hasn’t been that successful in the past but he thinks that it is essential to find a new way within the traditional concept for the gaming industry to survive and progress.

He also added that offering subscription services along with fair fixed prices might be the right solution. This is what Nintendo is trying to do with their brand new Switch premium service that will give players access to many classic games of the studio for a $20 annual fee that will grant access to online features as well.

The news about Shigeru Miyamoto’s statements has stirred up a lot of commotion in the gaming world. As Nintendo is trying to experiment with things, it seems that the company is going to move in this “new direction” that the designer is talking about. Do you feel that he is right and that gamers are being treated unfairly?

When Shigeru Miyamoto talks about the future of gaming we have to listen.