Japan’s work culture is different from almost all the others, especially when it comes to changing careers. Lifetime employees are still the norm in Japan, and people are expected to work for one company their entire lives. This is because the Japanese workplaces focus on the group and company’s goals are seen as more important than following an individual career path.

This is one of the primary reasons why Japanese workers choose not to change their jobs, even when they are overworked and overwhelmingly stressed out. They simply cannot pluck up their courage and quit the jobs that are taking a toll on their health, because quitting is very frowned upon in Japan’s excessive work culture.

Fortunately, there’s a way out for Japan’s overworked employees who wish to resign but don’t have the courage to do so, as they can now hire a company to do it for them. Exit is now there to help.

Exit – The Rise of a New Hope

Two childhood friends, Toshiyuki Niino and Yuichiro Okazaki, came up with the idea for helping overworked employees leave their jobs without having to face all the hassle and stress of quitting a job in person. The idea led to creation of Senshi S LLC (soon-to-be Exit Inc.), a startup company they launched last year that started providing a service called Exit. It enables people to pay the company a fee to quit their jobs for them.

Employees who want to quit their full-time jobs need to pay a ¥50000 ($450) fee, while those who want to leave their part-time jobs are required to pay a ¥40000 ($360) fee. There’s also a discount of ¥10000 ($90) for repeat customers. Some may consider these fees expensive, but many see them as the best and cheapest way out, as the Exit fee is an incredibly small price to pay for peace of mind.

“Quitting jobs can be a soul-crushing hassle. We’re here to provide a sense of relief by taking on that burden,” said the co-founder Niino. He added that “quitting should be something positive. It’s good for companies, too. Employees thinking of resigning generally aren’t very productive. It can resolve the talent mismatch at an early stage and would help enhance labor market fluidity”.

However, Exit is also a life-saving solution, because there are many overworked employees in Japan who start considering taking their own lives instead of facing the stress of leaving their jobs. Niino and Okazaki even said that they had clients who felt cornered and didn’t know what else to do but to exit the situation in the most desperate way.

Unfortunately, this is not uncommon in Japan’s excessive work culture. Overwork in Japan has killed hundreds of people, but there’s still not much being done to curb the nation’s extreme work ethic.

In 2013, a 31-year-old political reporter Miwa Sado died of heart failure after working 159 hours of overtime. In 2015, Matsuri Takahashi, a 24-year-old woman working for Dentsu Inc. was driven to suicide after being illegally forced to work 100 hours of overtime.

There are many, many other similar cases where karōshi – death from overwork – has taken someone’s life. Exit offers a new hope to all the overworked employees who need a way out, especially if they suffered stress to the point of developing depression and considering suicide. The company even has their past cases listed on the website.

Quitting a stressful job in Japan has never been easier now that Exit is here. All one needs to do is make an online request for Exit services and deposit a fee, after which Exit immediately makes contact with the employer and informs them that the client won’t be coming back to work.

Exit can also relay basic requests regarding paid leave, for instance, but it doesn’t get involved in legal matters, such as negotiating severance payments. As Okazaki says: “We’re strictly the messenger and won’t stick our nose into legal matters.”

After notifying the employer about the client resigning, the client and employer communicate only via mail to complete all the necessary paperwork and exchange any belongings that need to be returned.

The labor ministry reported that there were 5.05 million workers in 2017 (about 270000 more than in 2016) who found new employment within a year of quitting their jobs, and 36.2% of them enjoyed higher salaries.

Niino and Okazaki said that they have helped roughly 700 to 800 clients resign during the first year of their startup. The business is clearly booming, but there are also more and more job opportunities now that Japan’s economy is improving. People can now choose stress-free jobs that offer higher salaries and fewer hours.

Since more and more people are shifting away from their jobs, they have more opportunities to choose from. Especially since Japan’s unemployment rate is very low. According to Japan’s Ministry of Internal Affairs and Communications, the unemployment rate was at or below 2.5% for all of 2018. The labor ministry reported that there were 5.05 million workers in 2017 (about 270000 more than in 2016) who found new employment within a year of quitting their jobs, and 36.2% of them enjoyed higher salaries.

Exit has clearly tapped into a Japan’s economic sector that is growing at a very fast pace. It identified a huge demand in Japan and started carving out a niche that doesn’t require major investments, nor a lot of expertise.

“There’s definitely demand out there. Personally, I’m perplexed as to why people find it hard to quit, but I do sense that this atmosphere is prevalent in Japan,” said Okazaki. Niino and Okazaki saw a business opportunity in helping people improve their lives and have peace of mind, even inspiring others to join the ride and launch similar companies.

A venture capital firm even approached the duo, interested in investing in the startup. This is an offer they may not refuse, as it can help Exit raise their brand awareness and build a stronger presence.

The co-founders also want to help people find new jobs. Their plan is to start providing staffing services as well in the future. “The recruitment industry is hungry for the type of information we collect,” says Niino.

I for one wish them all the luck and hope they’ll have more clients, because that would mean that more people are deciding to take the leap and do something extraordinary for themselves and their families, that is, leave the stressful jobs where they cannot thrive.

It can be quite a difficult ordeal for a Japanese employee to resign from their current job – Exit offers a solution and it seems to be working. 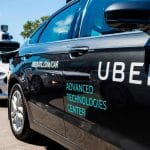