Japan and South Korean officials came together on Monday to try to resolve their differences over export control systems. However, they didn’t reach the conclusions they were hoping for in this their first policy meeting in more than 3½ years.

Top export control officials from the two countries met in Tokyo and spent around ten hours in discussion – three hours longer than scheduled – in an attempt to alleviate months of economic strain and bitter diplomatic relations.

Differing expectations for the discussion

The two sides seemed to have different expectations for the meeting on Monday. South Korea thought Japan would wind back its enhanced screening measures whereas Japan officials said that was not guaranteed.

The Ministry of Economy, Trade and Industry said the two sides discussed export control issues and systems designed to curb the proliferation of material that could be used for making weapons.

Bilateral relations between South Korea and Japan took a turn for the worse when Japan enforced stricter controls on the export of high-technology materials to South Korea.

Japan stepped up its screening procedures for exporting three chemicals needed to make semi-conductors and display panels to South Korea in the summer. It also removed South Korea from a list of countries considered to have sufficient export controls on materials that could be used to make conventional weapons and weapons of mass destruction.

The situation soon progressed to an economic tit-for-tat that made diplomatic relations, which were already tense due to wartime labour issues, significantly worse.

This decision to restrict chemical exports to South Korea prompted Seoul to downgrade its own trade relations with Japan.

An announcement followed stating that the South Korean government would terminate the General Security of Military Information Agreement, a military intelligence pact between the two countries to exchange sensitive data, mainly regarding potential missile attacks from North Korea. However, Seoul has since backed down on its threat to end this agreement.

While Trade Minister, Hiroshi Kajiyama, declined to reveal the specifics of their discussion, the meeting is being regarded as a significant step towards restoring trade relations between Japan and South Korea. It is also thought that it could build positive momentum in the lead up to planned talks between Prime Minister Abe and President Moon Jae-in next week in China.

The next policy discussion will be held in Seoul at an unspecified date, though it’s expected to take place in the very near future.

Has your business been affected by the decline in relations between Japan and South Korea? Let us know in the comment section below – we’d love to hear your thoughts on this topic!

Engaging in discussion is the best way to encourage understanding and restore trust following a dispute. 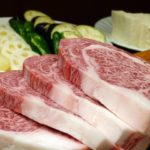 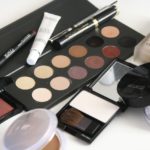