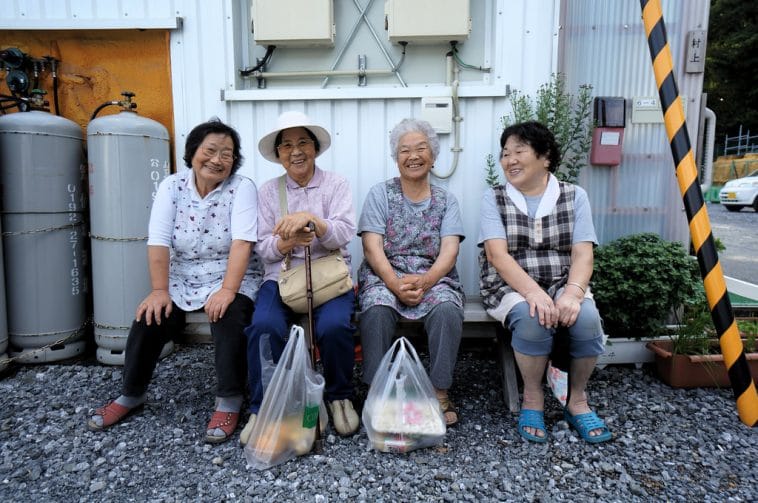 Japanese elderly sitting on the bench on front of the house
4.4/515 ratings

By every metric, Japan is the senior citizen of the world and it’s having a serious effect on the Japanese economy. According to the Japanese government’s own estimates, Japan’s elderly people – defined as those age 65 and above – stands at around 35.14 million people constituting 27.7% of the country’s total population. This is the highest among the G7 countries.

By comparison, in the U.S. the 65-and-older age group account for only 15% of the population. But that’s not the only difference between the makeup of the population in Japan and in other developed countries. At 83.7 years, Japan’s average life expectancy at birth is higher than any other country in the world, according to the World Health Organization (WHO). In 2017, the number of people over 90 years old in Japan has surpassed 2 million. In addition, the country’s percentage of centenarians – citizens over 100 years of age – is also the highest in the world.

The unique set of problems and challenges posed by Japan’s demographics has been described as the “aging apocalypse”. However, while it is true that a high percentage of the elderly has had a slightly debilitating effect on the Japanese economy in recent years, the response to potential perils related to the aging population may also bring about new economic opportunities and advantages in the years to come. In this blog, we are going to explore both sides of this complex issue.

Not Only Aging – But Also Shrinking

When it comes to the effect of the demographics on the economy, the population’s age is only a part of the problem. Birth rates are another important factor in this story. After the World War II, birth rates have been going down slowly but surely. Up until 1975, however, the majority of Japanese families were having two children –  a number which ensures a population’s stability. However, as the society became richer and more and more families started moving to bigger cities, the birth rates dropped even further and they dropped considerably. Currently, Japan’s fertility rate stands at 1.42 according to the World Bank Group. Coupled with a high percentage of the elderly, this means that Japan’s population is now projected to shrink by a third in the next five decades.

The effect that the combination of these disadvantageous factors has had on the Japanese economy so far is two-fold. First, it means fewer people in the workforce. For example, in Tokyo, there are twice as many job vacancies as there are applicants. With fewer people working and more elderly people to support, the government is getting less money from taxes and, at the same time, less money is spent on consumption. The result of this is easy to predict – hampered economic growth. Indeed, the growth indicators from the first quarter of 2018 suggest that Japanese economy actually shrank by 0.2% in comparison with the previous 3-month period. Furthermore, this year, Japan is now poised to be the slowest growing economy among the G7 countries.

The other way the country’s demographics are affecting the Japanese economy is that they largely contribute to the ever-growing public debt. Currently, public debt in Japan equals more than double its GDP. Healthcare and pensions for the elderly as well as for other social security services are steadily increasing the government’s total spending and account for a large part of national debt servicing. This debt remains a looming issue and one of the biggest economic challenges for the years to come.

While it is true that a high percentage of the elderly has had a slightly debilitating effect on the country’s economy in recent years, the response to potential perils related to the aging population may also bring about new economic opportunities and advantages in the years to come.

Japan’s government has been steadily introducing policies to tackle the challenges the demographics pose to the Japanese economy. One of the remedies presented by Prime Minister Shinzo Abe is the robotization of the workforce. The plan is to promote robotics and encourage automation across industries and different branches of the economy in order to fill the demand of the market and the gap in the workforce. According to Mr. Abe’s plan, robotics must become a $20 billion industry by 2020 – which entails quadrupling its current size.

Another way to tackle and prevent a potential economic downturn related to the demographic problem is to relax the immigration policies and introduce more foreign workers into the workforce. This solution is a viable one even though it is bound to be met with skepticism from the Japanese society which historically has been wary of admitting foreigners largely for fear of damaging societal practices.

These attitudes, however, may slowly be changing. Currently, foreign workers make up as much as 2% of the workforce – an equivalent of 1.3 million people. Most of them, however, have been admitted to Japan as highly skilled workers. Now, with new governmental policies in place, 500,000 new foreign workers are expected to be admitted by 2025 and work in sectors as varied as agriculture, construction, hotels, nursing, and shipbuilding. These changes have already taken its effect on the attitudes of the younger part of the society. Polls show that 60% of young Japanese aged 18-29 are in favor of admitting more foreign workers.

When it comes to the future of the Japanese economy, this much is certain – as the population in Japan gets older, avoiding a serious recession in the next decades will require both the Japanese government and the society to introduce and embrace smart and decisive changes. These changes will perhaps come at a price but they will also bring exciting economic opportunities. For now, despite a small shrinkage in the first quarter of 2018, Japan’s economy is still performing strongly and remains a great destination for businesses and investors.

The Japanese aging population means fewer people in the workforce and a threat of a shrinking economy. However, tackling these problems may entail interesting economic opportunities in the years to come.

Marcin loves writing about all things Japan. She has an interesting in Japanese Accounting and tax. 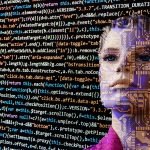 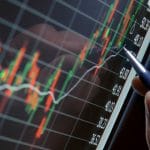