Naomi Osaka made the headlines of nearly all the Japanese and international newspapers after winning a Grand Slam against her idol, Sirena Williams. She is a rising star, a role model, and a top priority for the marketing teams of the major brands. Young and successful woman, she is appealing to an audience of all ages and lifestyles, making her a perfect marketing face for sports products and clothing, beauty and fashion products, cosmetics and so much more – you name it.  She had made an endorsement contract with Citizen Watch even before the Grand Slam, and later on added contracts with Yonex, Japanese racket maker, Adidas, and Nissin Foods.

Let’s take a closer look at how Naomi Osaka became a world sports phenomenon and what business opportunities her dazzling victory can bring.

Naomi Osaka was born in Chūō-ku, Japan on October 16th, 1997. Her mother is from Japan, but her father is a Haitian. At the age of three, she moved to the United States with her parents and older sister, who also plays tennis. After years of hard training and a lot of sacrifices, she achieved her goal.

She became the first Japanese woman that reached the semi-finals of a Grand Slam after 22 years. Kimiko Date was the last tennis player from Japan who reached semi-finals on Wimbledon 1996, one year before Naomi was born.

In 2012, she played the first events of the career, but 2018 was definitely a good year for her since she also won the Indian Wells before she won the Grand Slam.

The fact that this 20-year-old woman beat 36-year-old Serena Williams means a lot. Although she’s also an American citizen, she is the first tennis player from Japan who won the Grand Slam championship and she made history. 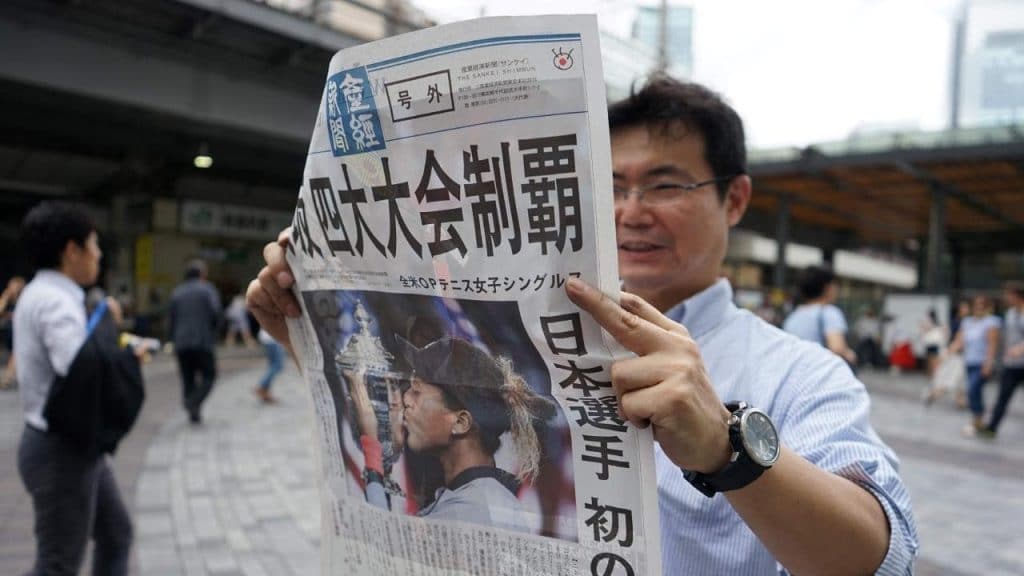 At the end of last year, she was ranked sixty-eight in the world, but Miss Osaka is currently ranked seventh in the world. After Simona Halep, Caroline Wozniacki, Angelique Kerber, Caroline Garcia, Petra Kvitova, and Elina Svitolina, Naomi Osaka is the best tennis player of singles based on her ranking on the WTA list. At the end of the season, she’ll try to qualify for the WTA finals in Singapore.

Through the Hardships to the Stars

She wrote on her Instagram: “So the last couple weeks have been really rough for me, I haven’t been feeling the ball right and it’s thrown me off a lot to the point where I started getting really frustrated and depressed during practice.”

She later wrote that she doesn’t feel like the underdog anymore. She added that it’s a totally new feeling for her. Although she felt that there is a lot of expectation for her, after the victory on Indian Wells, she beat her stage fright and won the U.S. Open championship.

Naomi Osaka made an endorsement contract with Citizen Watch even before the Grand Slam and later on added contracts with Yonex, Japanese racket maker, Adidas, and Nissin Foods.

She made all of Japan proud, which was confirmed by the statement of the Prime Minister Shinzo Abe, who congratulated her on Twitter for “giving Japan a boost of inspiration at this time of hardship”. 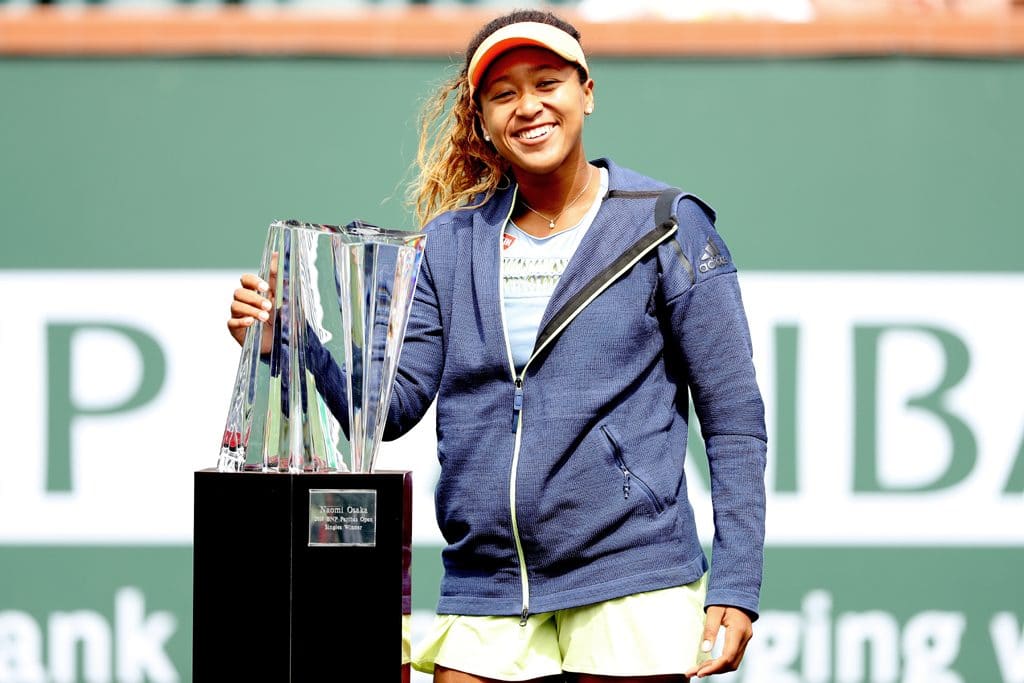 “So there’s been a lot going on but I just want to say, I was grateful to have the opportunity to play on that stage yesterday. Thank you <3”, Naomi wrote on her Instagram the day after the victory. 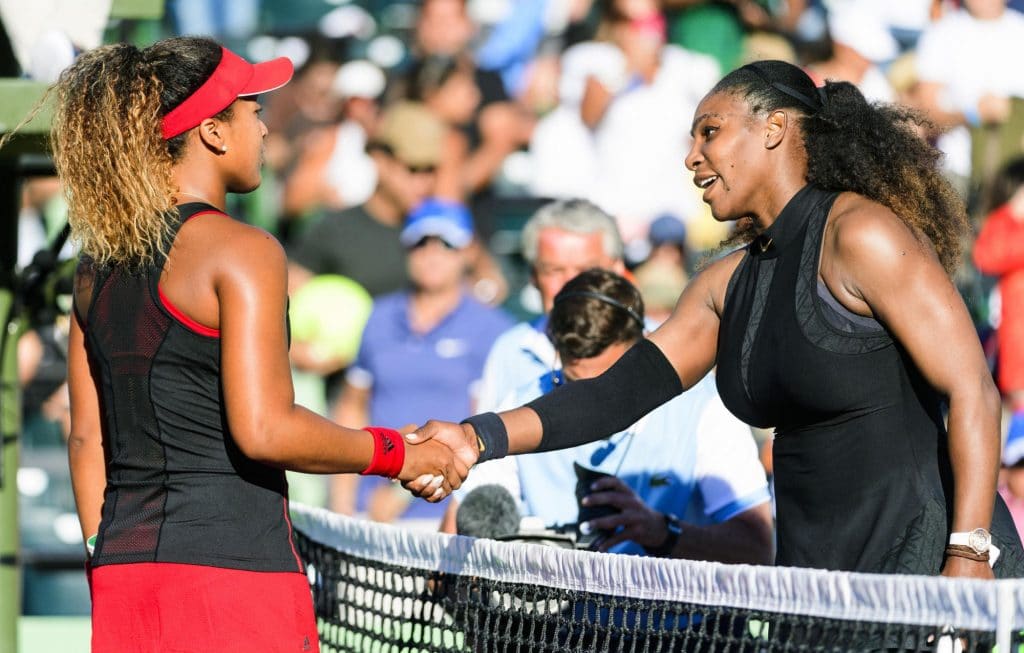 Naomi also said that she is grateful because Serena Williams asked the audience to stop booing. She couldn’t hear anything because the crowd was so loud. Looks like her older rival showed a lot of solidarity. The modest athlete added she knew everyone was cheering for Serena Williams and that she is sorry that it had to end like this.

The new champion said that she was lucky enough to play against Serena Williams before, but that at the finals of a Grand Slam it feels much more special. “I think just growing up and watching her play and having the opportunity to play during the finals in Arthur Ashe… For me to have that opportunity, I was really happy”, she added.

Miss Osaka told Serena Williams: “I’m really grateful I was able to play with you.”

Teen Vogue asked Naomi Osaka for advice for young athletes who see her as a role model.

“The only advice is, don’t look up to me. Other than that, I know playing sports growing up, for me, it was always like a roller coaster. You would have one good result and then the next day have a bad result. I think you should think that it’s not really the outcome, it’s the process. You just gotta keep going and fighting for everything, and one day you’ll get to where you want. But, the way people are, they’re never satisfied, so, of course, you’re going to want to get farther!”

They also asked her how she thinks her younger self would react if she told her that at the age of 20 she would win the U.S. Open and she said: “Surprisingly, I think I would believe it. This is something I’ve always dreamed about, and I’ve worked my whole life to get to this point.” Looks like hard training, a lot of self-confidence, and persistence are worth it.

This victory is a very powerful message for all young athletes. “I have definitely been thinking about if little kids were watching and they wanted to play tennis too”, said Miss Osaka, a role model for young Japanese children and athletes. Yet, she remains humble in every way despite her name being in the news headlines around the world. “I’m not really the type that spends money on myself”, Naomi said to reporters after she won a Grand Slam and walked away with a $3.8 million paycheck.

One of the biggest questions after this loud victory was what will Naomi Osaka do with her prize. When Ellen DeGeneres asked her “Don’t you want to buy yourself something?” she said, “I would rather buy my parents something”. She isn’t thinking about buying them a house, but she would like to buy them a big screen TV so that they can watch her playing tennis.

Her humble attitude has won the hearts of the audience and fans. Yet, a lot of companies and institutions would love to have her as an investor or a sponsor for as long as she remains in focus of media, a lot more investment will follow the places that Naomi Osaka invests into.

Japan got its first Grand Slam champion: Naomi Osaka, a major influencer, an investment opportunity for many brands, and a possible investor herself. 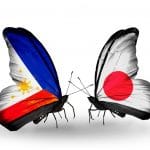