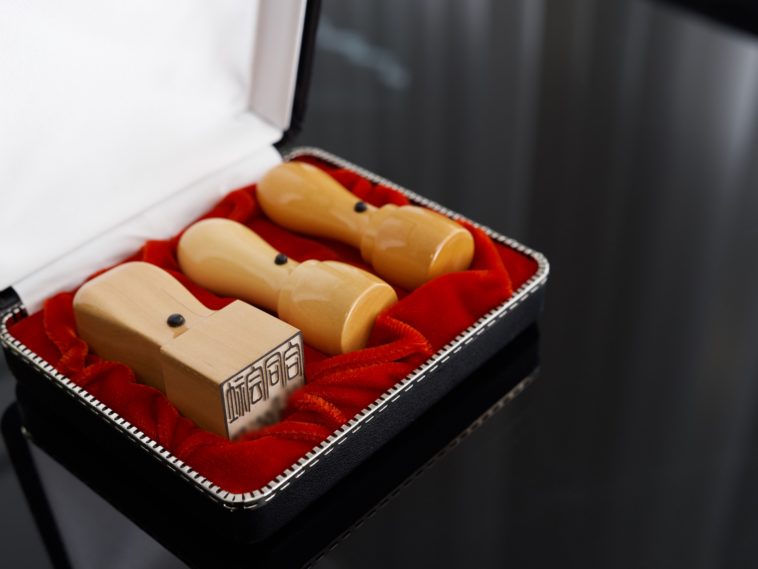 In one of our previous articles, we have discussed how the market for personal stamps called hanko is shifting in Japan. Yet, these seals remain an integral part of life in Japan, and if you plan to stay there for a while, be sure to get one for yourself. We have a complete guide about what hanko is, what types of personal stamps there are, and which one you should use depending on the situation. We highly recommend reading it carefully first to get the most of the current article.

If you have already made a decision to purchase a hanko, either for your personal use or as a gift, you will most probably have to choose the design for your future stamp. There are at least two things to consider about hanko design: the writing system and the script style. Let us walk you through the most popular options.

Since personal stamps in Japan play essentially the same role as a signature, it is only natural that hanko bears their owner’s name. Japanese names are written using one or the combination of all three writing systems of the Japanese language: two syllabic alphabets called hiragana and katakana, and pictograms called kanji. In the majority of cases, names consist of 3-5 kanji that nicely fit into the surface of hanko.

For foreigners there are even more options as it is possible to write in other systems, Latin script being the most popular. However, foreigners often face the problem of fitting their name into hanko because names are quite long and stamps are only 8-25mm in diameter. There are strict rules about names on stamps that have the legal power, but seals for private use can technically have any inscription whatsoever on them.

The surface of hanko stamp is 8-25mm in diameter.

Nevertheless, it is recommended that the hanko design has at least a part of your name or initials in any script to prevent forgery. Thus, think if you would like to have your initials in Latin letters, name or a part of it in katakana or hiragana, or maybe even kanji that replicate the sound of your name.

There are six popular fonts for hanko design depending on the type of stamp and the situations in which it will be used. Below is the overview of them (going from left to right) to help you navigate the situation when ordering a stamp.

It is the traditional “old script” style. It is not very easy to read without having the original texts printed in regular font because of how elements are styled distorting familiar shapes with no-longer-used kanji elements and their different proportions when compared to the contemporary scripts. The corners are softly rounded, yet each character hints to its original square shape. Tenshotai is very common for jitsu-in seals as it looks very official.

This is also a rather old script which has the same rounded features in it as Tenshotai. However, it is much softer in appearance, easier to read, and it looks less serious than the previous one. It is mostly used for mitome-in, but can also be seen sometimes on ginko-in and jitsu-in as well.

Gyoshotai is a semi-cursive that roots in old clerical scripts and resembles handwriting with a brush. It is quite easy to read for native speakers, and it looks graceful.

It is also a clerical script, but very legible, linear and simple in its design. It is a popular option for mitome-in stamps.

Sometimes it is also referred to as Insoutai (印相体). In many ways, it is similar to Tenshotai having rounded corners and stylistic of old documents. However, it is even more complicated to read, because lines are heavily distorted. Kanji may look as if they have melted into one another. It is done for security reasons to prevent forgery. That is why this script is very popular for ginko-in used in banking.

It is a very basic square-looking modern and legible font that looks like one in schoolbooks. You can also see it on postcards. Kaisotai suits simple rubber stamps for business very well.

Which hanko design to choose?

Although it is up to you to make a final decision about the chosen writing system and its style, below is the table representing the typical use of each design for different types of personal stamps:

Hanko design is not only about aesthetics but also about protection against forgery. 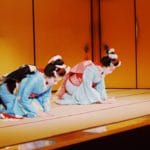 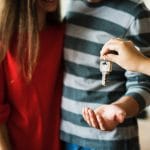