Major Japanese companies are taking a frugal approach in the annual wage talks with unions in light of the economic uncertainty posed by the coronavirus pandemic. Many of the big firms were reluctant to offer base pay hikes, with Toyota Motor Corp. opting out of its standard monthly pay-scale increase for the first time since 2013.

The decisions not to provide the customary raises threaten to further curb household spending, as well as the country’s economy. The Japanese economy was already on the edge of a recession after it shrank in the October-December quarter when public spending dwindled following a consumption tax hike on October 1.

Automakers tighten their belts with no base pay hikes

Toyota offered its employees a raise of an average ¥8,600 a month but did not include base pay hikes in the figure. Toyota Motor Corp revealed on Wednesday that it had agreed to give staff an average monthly pay raise. However, this year’s raise is 20% lower than last year’s.

Nissan Motor Co. offered its employees a monthly average increase of ¥7,000, which is less than the ¥9,000 suggested by its labour union. The automaker didn’t reveal its base pay figures, though.

Japanese automakers, who were already experiencing difficulty as a result of the US-China trade dispute and the consumption tax hike, are now facing serious disruptions to supply chains due to the spread of coronavirus. Some car companies have even had to shut down operations in their Chinese factories.

The decisions not to provide the customary raises threaten to further curb household spending, as well as the country’s economy

“Companies are turning cautious about base pay hikes as the new virus outbreak will exacerbate declines in profits,” said Koya Miyamae, an economist at SMBC Nikko Securities.

Following Toyota’s lead, steel companies Nippon Steel Corp., JFE Steel Corp. and Kobe Steel Ltd., also decided against awarding base pay hikes to their employees for the first time in seven years. The move comes as the steel industry is experiencing a fall in demand due to the shrinking domestic market.

In the electronics sector, Panasonic Corp. offered an increase of ¥1,000 per employee, which includes rises in base pay and pension benefits. Mitsubishi Electric Corp. and Fujitsu Ltd. both offered staff a ¥1,000 raise in base pay.

The company decisions not to increase base pay across the board come as the Keidanren has called for the amendment to the Japanese wage system that awards pay increases to employees based on their age or length of employment, rather than performance.

Many industries had been benefitting from monthly base pay hikes recently following Prime Minister Shinzo Abe’s repeated calls for wage increases as a means of encouraging public spending and to fight deflation.

What do you think of the company decisions to curb employee wage increases? Let us know your thoughts in the comment section below.

Companies are feeling the need to tread with caution until the coronavirus crisis is under control and the economic situation is less uncertain. 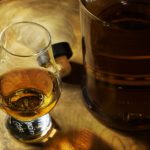 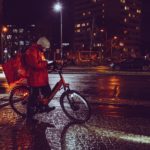