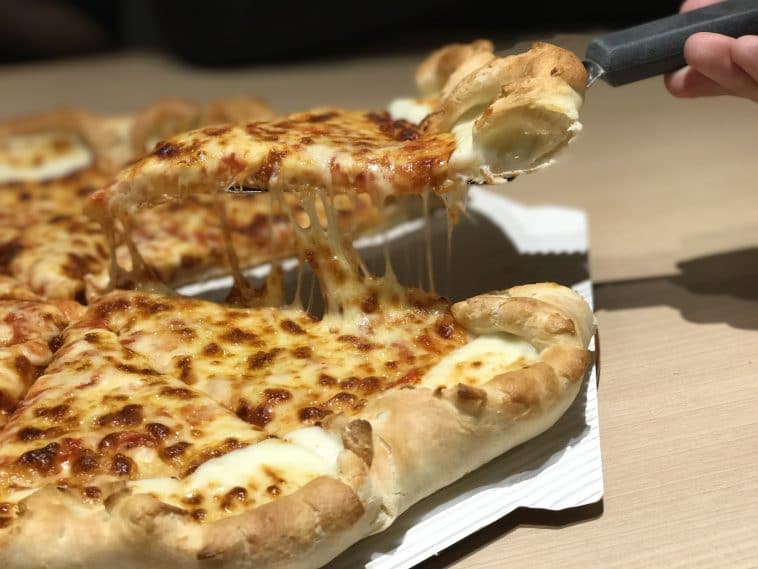 A new food experience has hit the streets of Japan with the arrival of a pizza vending machine in Nishi Ward, Hiroshima. People can now eat freshly-cooked pizza anytime they want, thanks to Yoshiharu Taniguchi. The idea came to him eight years ago while employed as a truck driver. Taniguchi used to crave pizza while he was working late at night, but all the pizza shops were closed at that time.

So, to remedy that, he began a search for companies that manufactured vending machines that sold cooked pizza. He found an Italian company called Cierreci SRL who could provide just that and set about trying to get their machine, Pizza Self 24, sent to Japan. He eventually got it delivered to Hiroshima in July of this year. The machine quickly gained popularity through social media and currently attracts queues of up to 40 people at any one time.

What people seem to like about the pizza is its authenticity and freshness. Made with dough that was handmade in Venice, each pizza is cooked when ordered at between 180C and 260C and takes less than five minutes to cook. The pizza machine is conveniently located next to a video-rental shop, so people can order their pizza and then choose a video while their food is being cooked.

The pizza machine is conveniently located next to a video-rental shop, so people can order their pizza and then choose a video while their food is being cooked

There are currently two types of pizza available. People have the choice between a margherita or a four-cheese pizza. The margherita costs 980 yen while the four cheese is a bit more expensive at 1,280 yen. The pizzas come in a box with a bag to carry it home in, and they even have a pizza roller to cut it.

However, Pizza Self 24 is not the only pizza outlet. Both Dominos and Pizza Hut have stores in the area. But, it seems the smells emanating from the vending machine on the street just draw people to buy from there with sales of up to 150 pizzas a day.

Taniguchi is now the CEO of a logistics firm in Naka Ward and he has expressed an interest in going national with his pizza vending machine. That way, people all over Japan can ‘eat piping hot pizza at any time.’ He is said to be in talks with eight manufacturers to develop a machine that is better suited to Japan’s humid climate.

While some people may be sceptical about the quality of a pizza from a vending machine compared to one from a restaurant, the reviews by people on social media have been largely positive. This is good news for Yoshiharu Taniguchi and for people all over Japan who might be wanting to indulge in some late-night pizza when all the restaurants and stores are closed.

Just when you think you’ve got all the convenience you need, along comes a pizza vending machine.