As the Olympics get closer, the tourism frenzy gets more and more intense. This year Japan set a new record in the number of visitors. Yet, soaring numbers of tourists were not always there.

Surprisingly, the Government of Japan has started addressing the promotion of their country as a tourist destination relatively recently. Their first organized efforts to market tourism date back to early 2000s. Yes, before that Japan did not have any official line related to county’s soft power advertising, yet the flow of tourists was massive and constant.

It is easy to imagine all the possibilities born from coherent promotion programs. Especially taking into account how sensitive tourism is to policies: relaxation of visa requirements, improvements in the transportation infrastructure, etc. And results did not make us wait too long.

Despite the drastic drop in figures in 2011 after the Triple Disaster (only 6.21 million visitors), the situation has rebounded quickly. And in 2017, the number of tourists increased by 19.3% and went up to 28.69 million. On December 28, 2018, the number of visitor to Japan reached 30 million people. This is a record so far.

Some argue that by the end of 2018 that number could be 31 million. To celebrate the occasion a ceremony was held in Kansai International Airport hosted by Ishii Keiichi, the Minister of Land, Infrastructure, Transport, and Tourism. The Government expects the number of tourists to reach 40 million by 2020 when the Olympics arrive to Tokyo.

Not even the natural disasters of the past year were able to slow down the growth of incoming travelers. In order to accommodate this flow, the Tokyo Government has set a USD 3 million preparation plan. Extra funds of about USD 304 million are meant for renovation of Narita International Airport, including preparation of a temporary terminal that is supposed to handle 72,000 flights per day during August 10-13, 2020.

Why Japan Needs the Departure Tax?

All these funds were not taken out of thin air. To accommodate the expenses resulting from this explosive growth, Japan has introduced a departure tax. Starting January 7th, 2019, every tourist must pay JPY 1,000 upon leaving the country by aircraft or ship regardless of one’s citizenship. The tax is included into the ticket prices for outbound destinations. However, tickets issued before January 7th, 2019 will not be affected by this change.

Collected money will be used to accommodate the growing number of visitors from abroad. The Government estimates to collect JPY 6 billion in revenue from the departure taxes in fiscal year 2018 and JPY 50 billion in fiscal year 2019. Part of collected fees will go to a facial recognition gates at the airports. Another part – to multilingual information boards. Finally, Japan plans to introduce more cashless payment terminals for public transportation and widen the net of free Wi-Fi spots.

Exemptions from the tax are given to those who stay in Japan for less than 24 hours during their transit or were forced to land here due to bad weather condition or other circumstances that prevented flights, as well to children under 2 years of age.

Don’t listen to what they say. Go see. 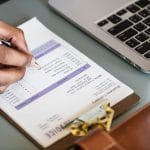 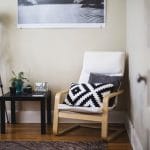