More than one-fifth of the workforce in Japan is over 70 years of age.
5/53 ratings

Japan is a country with the highest life expectancy in the world, so it doesn’t really come as a surprise that the senior people (those over 70 years of age) account for a large part of the country’s population. However, their number peaked this year, growing to a record of 26.18 million and accounting for 20.7% of the total population which makes a big impact on Japan’s economy.

This is an increase of 1 million from 2017 when the seniors accounted for 19.9% of the entire Japanese population.

According to the Population Projections for Japan (2017): 2016 to 2065 report from the National Institute of Population and Social Security Research, it is estimated that Japan will reach 35.3% senior population ratio in 2040.

The data also shows that there is another record when it comes to Japan’s population ratio, as there are now 35.57 million elderly people, that is, those 65 or older. They account for 28.1% of the entire population, which is a 440000 increase from 2017.

There are also 20.12 million elderly women in the country right now, while there are 15.45 elderly men, which is another record for Japan.

The mandatory retirement age will be 65, instead of the current 60. This change will affect 3.4 million employed elderly people.

A Look at the Employment Front 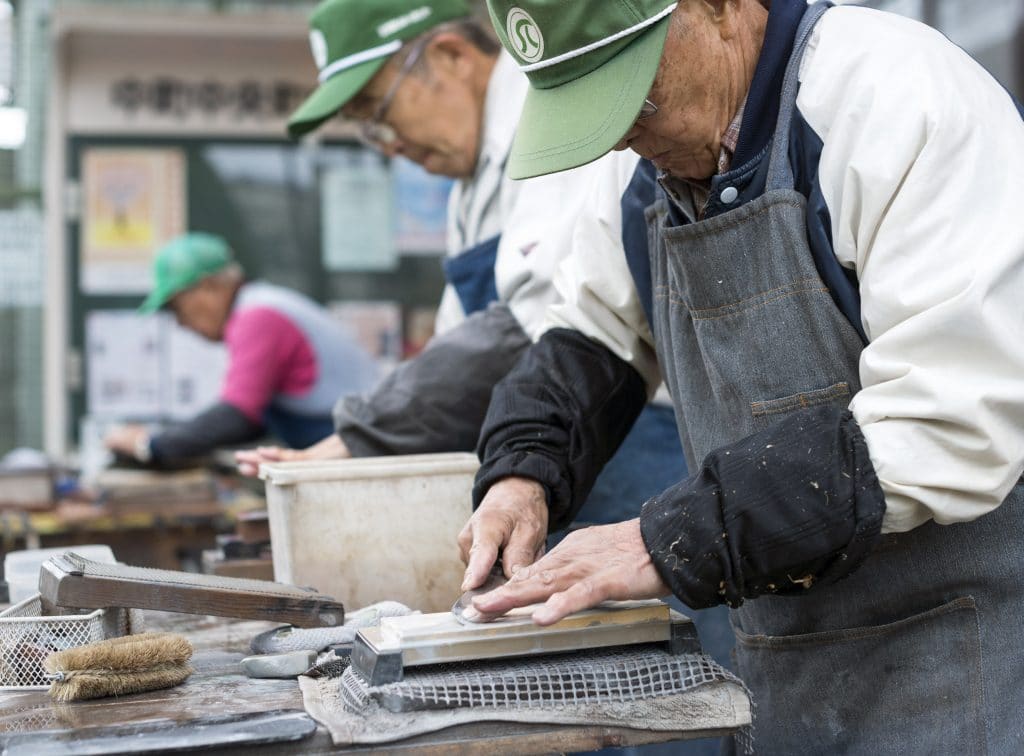 The Internal Affairs and Communications Ministry recently released this data in a report, showing that Japan now has the highest percentage of the senior population in the world. It is followed by Italy at 23.3%, Portugal at 21.9%, and Germany at 21.7% senior population ratio. This is the first time that 1 person in 5 in Japan is 70 or older.

The number of people 70 or older who are still employed has been rising for 14 years straight, reaching a record high of 8.07 million in 2017. This means that the record senior population in Japan accounts for 12.4% of the country’s workforce.

Also, almost 2 million people age 65 or older said that they needed to care for their loved ones at home, which is why they needed flexible work hours. Only one-quarter of all those people were employed.

Since the number of Japan’s elderly and seniors is rapidly increasing, and the country’s birth rate is in decline, Japan is facing a great shortage when it comes to its working population. There is an increasing number of retirees, which is why social security costs are increasing, and why a tax base is decreasing.

The growing aging population and the low birth rate in Japan are not helping Prime Minister Shinzo Abe in his efforts to improve and strengthen the country’s economy, which is the third largest in the world. This is why the government is planning to implement some legal changes as of April 2020, when it will raise the retirement age.

The mandatory retirement age will be 65, instead of the current 60. This change will affect 3.4 million employed elderly.

Japanese workers currently have the option of choosing when they want to start receiving their pensions. They can choose any point between the ages of 60 and 70, while those that choose to wait until they are 65 can enjoy higher monthly payments. This is why people generally start collecting their pensions at 65.

With the new changes, employees in Japan will be able to choose whether or not they want to keep working after they turn 65. Prime Minister Abe said that he wants to enable people to keep their jobs beyond the age of 65 and that the government will ask companies to allow their employees to stay until they are 70.

The new changes will also raise the starting age for receiving pensions, as people who choose to work beyond 70 will not be able to start collecting their pensions at 65, but rather at 70. Those who choose to do so will receive bigger payouts.

The government also plans to expand work opportunities for immigrants. In April 2020, immigrants in the country will be able to enjoy more flexible work permit. This decision is made with the goal to attract more foreign workers who will be employed in sectors such as agriculture, construction, nursing care, hotels and shipbuilding, as those sectors do not have enough staff.

The government announced in June this year that it would create a “designated skills” visa that will allow up to 500000 foreign workers to come to Japan and work in the aforementioned sectors.

The number of foreign workers in Japan has risen recently to 1.3 million, accounting for 2% of the country’s workforce. With Japan accepting more foreign workers, the government will effectively tackle the problem of the country’s shrinking working-age population. It will also help Japanese businesses become more global and stay competitive.

Currently, most of the foreign workers in Japan have student or trainee visas, so providing foreign workers to work in Japan with a “designated skills” visa is a huge step for Japan when it comes to overcoming its labor shortages.

As a nation with the highest life expectancy, it is really no wonder that one-fifth of Japan’s labor force consists of the elderly.