Rice is central to Japanese diet and culture. It has been grown in Japan for more than two thousand years. For centuries, rice was reserved for warriors and royalty. Farmers paid tax in the form of rice and they themselves ate barley and millet.

Rice became a staple of the common people in the seventeenth century when bumper crops made it possible for farmers to add a little rice to their meals. Traditionally, in Japan, rice is used as a religious offering. A little is placed daily upon a Buddhist altar for the ancestors.

Rice production in Japan is the 10th largest in the world. Around 85% of the farms in Japan grow rice. Most farms are small and most farmers are over seventy years of age. Farming methods are inefficient. This is one of the reasons that food prices in Japan are higher than elsewhere.

Government controls rice production, distribution and everything in between. The crops are heavily subsidized. Rice imports are banned forcing the population to purchase expensive Japanese rice.

The Japanese population now eats less than half of the rice that they ate forty years ago.

The Japanese are losing their appetite for rice

It seems that the Japanese are losing their appetite for rice. Local consumption is dropping by 80 000 tons per annum. The Japanese population now eats less than half of the rice that they ate forty years ago. The aging population is partly to blame, as older people tend to eat less.

Younger people, brought up on government subsidized school feeding of daily sandwiches, are turning to Western foods. Bread is now eaten in larger quantities than rice. For the first time in 2011, the amount spent on bread overtook the sales of rice in Japan. Meat, dairy and milk consumption has also increased.

Other sources of rice consumption, such as alcohol, have also dropped. The Japanese drink only a third of the amount of sake that they did in the 1970’s.

Japanese cuisine has become increasingly popular around the world. The Japanese rice industry had hoped to make up for the shortfall in local consumption by exporting more of its rice. Exports have indeed grown considerably in volume over the last ten years.

The problem is that the price has been dropping steadily. The biggest export destination for Japanese rice in 2017 was Hong Kong. Here a twelve-fold increase in volume was accompanied by a six-fold increase in monetary value.

China and the United States now produce Japanese rice at a fraction of the cost. Some wealthy consumers are prepared to pay the higher price for the superior taste of the rice grown in Japan. Others are converting to Japanese grains grown elsewhere.  Abroad, most Japanese restaurants have converted to American or Chinese grown rice.

The other problem that the industry faces is the reluctance of farmers to produce export grade rice. The Japanese government has tried to incentivize the cultivation of table rice but many farmers prefer to convert rice crops to animal feed. Animal feed earns high subsidies and takes less time to produce.

Shrinking rice production might seem like a catastrophe at first glance. But could it create new production, export and import opportunities for the food industries inside and outside of Japan? 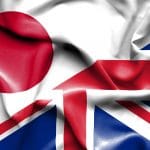 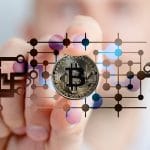