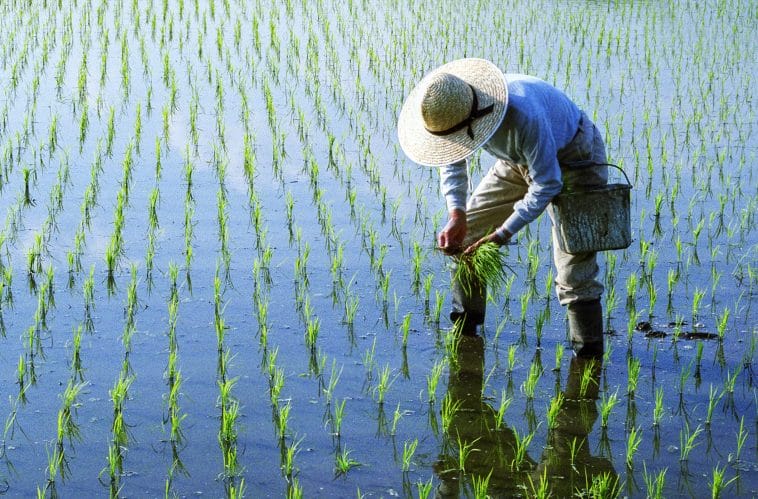 In 1965 Japan had 11 million farmers. Now there are fewer than two million. Two-thirds of them are over the age of 65. The result is abandoned farms. Uncultivated land in Japan has doubled in the last twenty years. Japan already imports about 60% of its food. If the trend were to continue food security in the country could suffer.

Increasingly farming is not regarded by the Japanese as a full-time occupation. Young people are not keen to take up farming as it is difficult to make a decent living as a farmer. At an average of 2.5 hectares, farms in Japan are about one-seventh of the size of those in the European Union. The costs of everything, from labor to fertilizer, is much higher. According to a recent survey, the costs of producing rice in Japan is double that of South Korea.

Japanese farmers have realized that the situation is not sustainable.

Japanese farmers are turning to technology

Drones for Fertilizer and Pesticides

Elderly farmers have been testing drone technology. Drones are used to fumigate and fertilize their crops. It takes a drone fifteen minutes to fertilize an area that would take the farmer an hour.

The drones have increased crop yields. They are able to calculate how much pesticide and fertilizer is required. In this way, they save resources and the surrounding environment. The Nile T18 was tested in August. It is a fraction of the cost of radio controlled mini-helicopters whose place they will take. The drone is operated via iPad. It will be launched in 2019.

Farmers are already using such robotics as self-driving tractors. These are guided by GPS. According to current legislation, these tractors must be supervised by on-site operators.

Work is underway to develop a remotely guided tractor. The first autonomous robotic tractor will go on sale on 1 October 2018. While the tractor plows the land, the ICT system collects farm data via sensors. If a human operator is required, they do not have to board the vehicle. The operator can handle two tractors at once via a handheld device.

In 2017, the world was introduced to the first fully automated farm. The Japanese indoor lettuce farm is run by robots. Automating the farm increased production from 21000 lettuces to 50000 lettuces per day. Within five years it will produce half a million lettuces every day.

In 1965 Japan had 11 million farmers. Now there are fewer than two million.

The Japanese government has decided to accept skilled foreign farmers into special agricultural zones. Foreigners will be allowed to work in Japan for a total of three years. The only requirements are a year of agricultural training and basic spoken Japanese. The government hopes to alleviate the labour shortage in this way.

The Average Age of Farmers is Increasing Worldwide

The problem of aging farmers is not unique to Japan. It is happening all over the world. It is simply more extreme in Japan. Other developed countries will watch Japan closely as they may have a problem as intense in the future.

Some human intervention will always be necessary in agriculture. It seems however that technology has the potential to increase productivity and input costs.

It seems that technology has the potential to increase agricultural productivity and input costs. 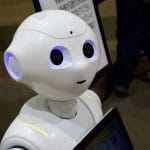