Small robots is the new big trend in Japanese manufacturing business, at least when it comes to industrial robotics. In terms of operating units and value of shipments, the Land of the Rising Sun has remained the world’s top exporter of robots since the 1970s. Still, Fanuc and Yaskawa Electric are now learning a valuable lesson: robots need not be huge in order to deliver huge benefits to their users. 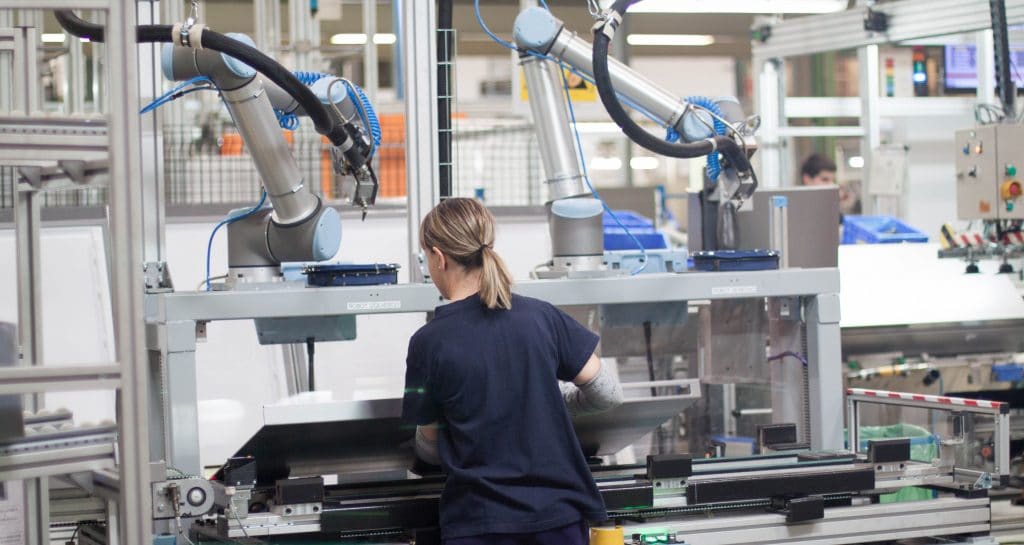 Japan has been synonymous with applied robotics for a long time. The country is still leading the competitive research and development in this field, supplying both its very own vast monozukuri  (or production aiming perfection) and the global industries with the state-of-the-art factory solutions.

Until very recently, these solutions could be found mainly in factories for automobiles and electronic equipment. Their goal was to bring much-needed automation to large-scale manufacturers so that they could free workers from difficult, physically demanding, and dangerous labor. By introducing machine precision and maximizing productivity, Japan’s industrial robots are delivering items of the highest quality and ensuring safer factory environments. For these reasons, monozukuri stayed a global manufacturing standard.

However, due to sophistication and price, these solutions were available only to elite corporations. Still, the labor costs started rising and the competition to hire workers became fiercer. Because try as they might, robots still could not replace humans. They could only make them more efficient.

With factory workers still being high-priced, yet crucial for maintaining Japan’s position on the global market, manufacturers have started cutting costs by replacing expensive machinery with small-scale industrial robots. Or, as Japanese now call them, cobots.

The Rise of Cobots

Although cobots have not posed a serious threat to large-scale industrial machinery in the past, they now boast a decade of prooved positive results. Their first contact with assembly lines was back in late 2008 when Volkswagen and other German automakers started adding them to their automation portfolios.

It’s when Denmark-based Universal Robots introduced them to the market as a brand new generation of collaborative robots, or robots co-workers. As a way to promote and support smart factories, cobots were quickly picked up by Robert Boch and KUKA Robotics.

Today, they can be seen assembling pieces, packing items, and even seasoning food side by side with human workers in European and Japanese factories alike. In Japan, however, cobots had two big obstacles to overcome before they could become the new industry standard.

The first was their large-scale competition, which made monozukuri giants perceive small cobots as primarily low-margin, niche solutions. For the same reason, Japan’s leading robot makers, such as Fanuc and Yaskawa Electric, didn’t bother to join the trend until very recently:

“We didn’t expect large manufacturers would want to use such robots, because those robots can lift only a lightweight and have limited capabilities,” said Kazuo Hariki, an executive director at Fanuc.

This general atmosphere in which cobots were so terribly underestimated was further reinforced by Japan’s government regulations forbidding heavy machinery from the factory floor. More precisely, these safety regulations compelled manufacturers to limit the use of industrial robots based on how powerful they were.

This regulation was finally removed in late 2013 when the Japanese government has loosened their restrictions a bit. And so, manufacturers were finally free to apply cobots directly to assembly lines, thus creating a new demand for large-scale industrial robot makers to fulfill. 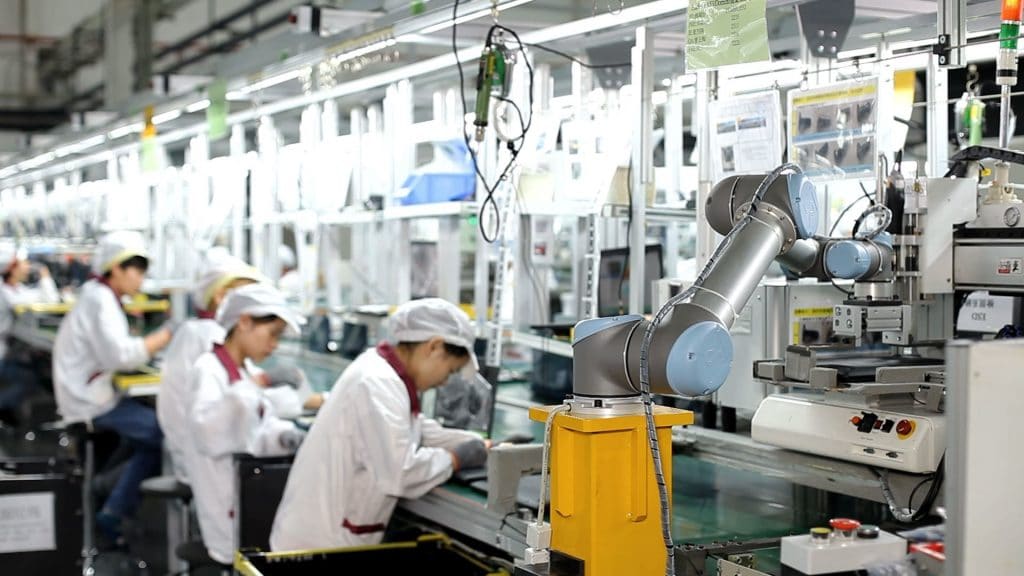 At first cautious, Japanese robot makers are now opening up towards this new trend.

Yaskawa Electric remains confident in its ability to meet monozukuri demands. The company’s head of robotics, Masahiro Ogawa, believes that more sophisticated solutions could never be replaced by cobots, though, simply because manufacturers will quickly exploit the potential of small-scale robots and start pursuing more advanced and versatile models. Despite the apparent skepticism, Yaskawa launched its first small-scale solution in 2017.

Its main competitor, Fanuc, is taking a leap as well. Back in February 2018, Fanuc acquired Life Robotics Inc, a cobot manufacturer with a sizable client portfolio that includes Omron Corp and Toyota Motor Corp. With this acquisition being the first one for Fanuc in fifteen years, it’s obvious that the industry is changing.

Even so, Japanese heavyweights cannot seem to ward off leading European robot makers.

Fanuc’s share of the global market is still 6 to 10%, and Yaskawa’s is even smaller. Dutch Universal Robots, on the other hand, now operating under the wing of Teradyne, maintains its 60% share. In addition to its 72% revenue growth ($170 million) in 2017, the company is expecting to end this year with another 50% jump.

In 2019, Mitsubishi Electric Corp will challenge all three contenders. The company’s senior robot sales manager, Katsutoshi Urabe, has announced the launch of its first cobot at the beginning of next year. Mitsubishi’s collaborative robot will target logistic companies, electronics makers, and other similar users.

Even Kawasaki Heavy is joining the trend with a new cobot programming, which will be standardized in collaboration with Swiss-based ABB.

Why Small Is Better

According to Juergen von Hollen, who is Universal Robot’s chief executive, the huge potential of small-scale industrial robots was wildly underestimated because many manufacturers misunderstood what the collaborative robot was.

And that is – a simple, inexpensive, safe, and user-friendly alternative to heavy machinery.

The many benefits of cobots were aptly explained by Nippon Flour Mills’ technology team manager, Atsushi Honda: “Automating some tasks with machines that didn’t need to be separated from human employees helped the company solve the labor issue”.

Nippon Flour Mills, a Japanese food maker, has been using a small-scale industrial robot made by Kawasaki Heavy for only a short time, yet the ROI is already visible. The company’s cobot will continue to scatter powdered cheese and pepper over pasta seconds before the factory workers pack the food up and carry it off for shipment to convenience stores.

Throughout the process, the robot collaborates with people and provides direct assistance to factory workers at assembly lines. Because these solutions are cheap and easy to operate, they are not exclusive to large corporations. Companies of all sizes are now implementing them for simple processes and small-scale manufacturing.

Even though cobots are still only a small part of a $40 billion industrial robot market, this segment is expected to grow up to several dozen times its current size, which will add another $10 billion to an already gigantic industry. And all this sooner rather than later, as the next decade will certainly mark the unstoppable rise of robots co-workers.

New challenges for the robotics industry in Japan can possibbly expand it significantly. 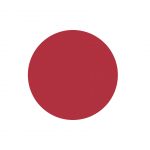 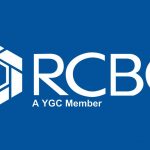